It started as a mistake. As a photo walk that was going to end early. When me and a friend photographed spots that I had been to a half dozen times. It was then that I cracked the surface of a building that would change the way I saw everything else around me.

I was certainly not the first person to find this building and will not be the last, but I have now spent almost 5 years photographing one building, and I’m nowhere near done.

I grew up in Baltimore City, on the east side, in Parkville. My father and I would ride bikes at night all through burrows of wealth and luxury, and then into the projects where we felt more at home, more comfortable with our surroundings. Yet 21211 was a neighborhood we left un touched until I was in my mid 20’s. It wasn’t until then that I started to explore again. On a quest to see things from outside my box, from a vantage point of a kid instead of a wannabe adult.

The Schenuit Rubber building creeps over the highway of i83 in Baltimore, MD. Staring down at drunk drivers and Pepsi Soda employees as they speed to and from the city. I grew up just down the street. My sister went to high school two miles away and I now live less then a mile from this obvious hidden gem. If it was for the moment of trying to impress my friend Kevin Grall, I would have never stumbled upon this archaic beauty. Four years later and hundreds of photos, I have almost touched the surface of what is my best project to date….. RUBBER.

The rooms are cold. Almost like you are in a alternate universe. A place where you know you dont belong , but somewhere that I’ve never felt more at home. Its my darkest, dirtiest, most unhealthy happy place. I’ve climbed ladders, tied into harnesses, and scaled twisted and deformed beams. And still, I haven’t seen the entire building. Honestly, I dont know that I ever will either. But ill never stop trying. Below is the best of my best. Its not everything – and I like it that way because one day it will be finished. It will be finished when the building is a pile of bricks along the jones falls when I cant go climb, I cant put on my mask, and I cant spend hours staring through the lens into the most beautiful disaster I’ve ever seen. 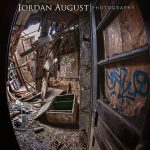 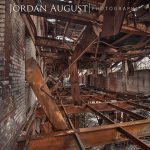 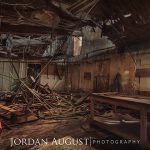 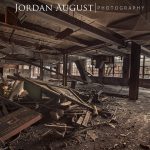 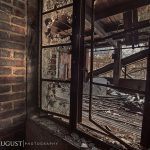 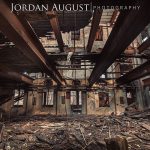 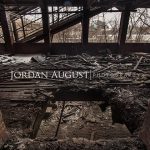 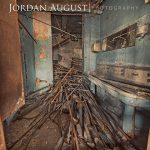 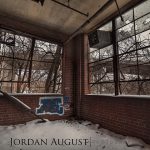 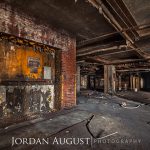 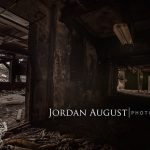 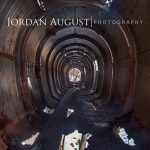 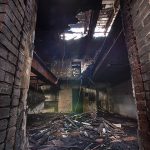 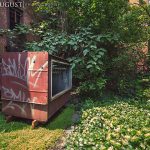 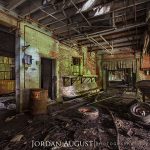 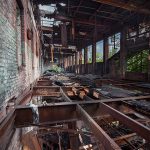 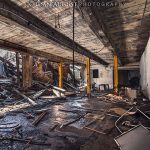 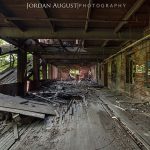 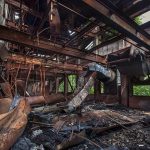 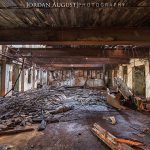 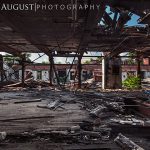 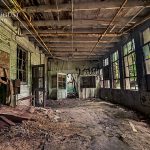 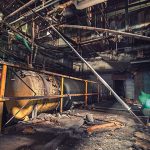 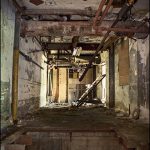 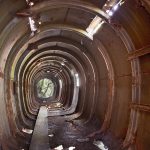